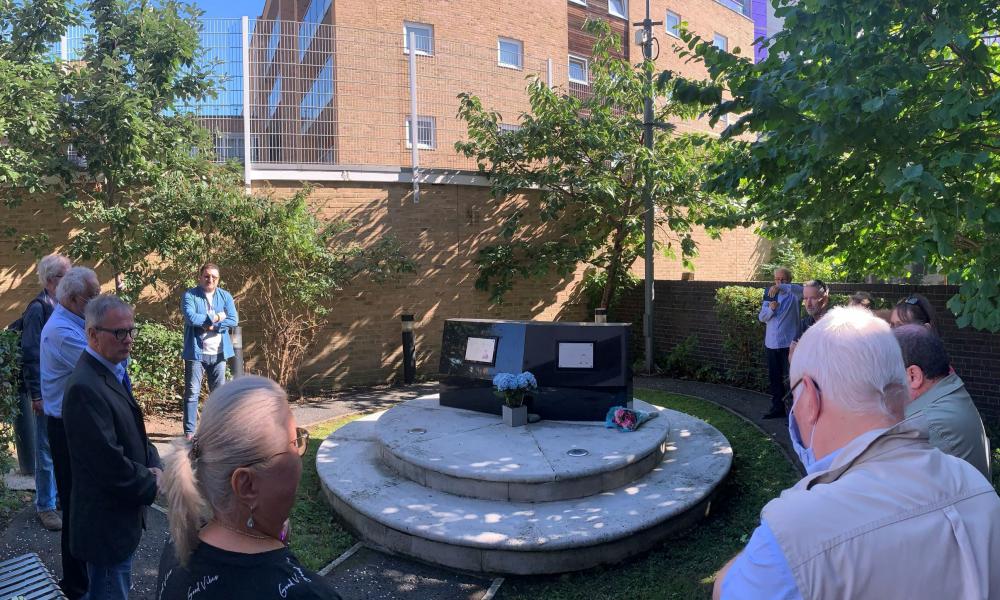 On 26 September 2006 Michael Alexa 23 was cleaning his car in Thessaly Road when the unthinkable happened, a crane operated by Johnathon Cloke 37, collapsed killing both men. It took ten years for Falcon Crane Hire to admit two health and safety breaches following a lengthy campaign fronted by Micheal’s Mother Liliana.

GMB Union criticised the slowness of the justice system. GMB national Health and Safety Officer John McClean said “It was a clear example of how little human life is valued.”

GMB also took the opportunity to criticise the abolition of the tower crane register, which was set up by the previous Labour Government in response to a campaign sparked by the Battersea failure.

On Friday 24 September Liliana, BWTUC and members of Unite Construction visited the site of Battersea’s Crane Disaster to pay their respects 15 years on.

RT @wandbc: “Now we feel that we’re doing something great in the community and letting other people know who’s just like us tha… https://t.co/4GiLtUO4ez